Without Ethernet cables, the World Wide Web and the Internet as we know it could not exist. Those inventions, which have become indispensable in the modern age, would have been impossible without the network connectivity made possible by Ethernet cables.

What are the types of Ethernet cables?

There are 5 different types of Ethernet cables available on the market today. They are Cat5, Cat5e, Cat6, Cat6a, and Cat7. The most commonly used cables are of type Cat5 and Cat5e.

Let’s take a closer look at what distinguishes the different kinds of Ethernet cables.

Cat5 - Standing for Category 5, the Cat5 follows its predecessors Cat3 and Cat4 cables. It is the most used type of cable and until the arrival of Cat5e was considered the most efficient and reliable option available. It is made of unshielded twisted pairs (UTP) of wires and has maximum data transmission speeds of 10/100 Mbps.

Cat5e - This is an enhanced version of the Cat5 cable that offers better speed and protection from electrical interference. It is also a UTP cable and can reach transmission speeds of 1000 Mbps.

Cat6 - Category 6 cables increase the transmission performance of the Cat5e variety. Both kinds can handle Gigabit speeds, but Cat6 is better suited to environments where more electromagnetic interference may be present. Cat6 cable is available in both UTP and STP (shielded twisted pairs) form and is more expensive than Cat5e. Its top speed is 1000Mbps.

Cat7 - Category 7, also known as Class F cables are comprised of screened, shielded twisted pairs (SSTP) of wires. They are more heavily insulated and are thicker and bulkier that Cat6e cables. They are hard to bend but achieve data transfer speeds of 10,000 Mbps over bandwidths of 600 MHz.

There are four twisted pairs of wires inside every Ethernet cable. An ethernet cable wiring diagram will show that only two of these pairs are actively used in the transmission of data. The Orange and Green pairs of wires are used in both the T568A and T568B standards, but for different purposes.

In the T568A standard, the Orange and White/Orange pair of wires is used to receive data with the Green and White/Green pairs used to transmit. In addition to having the wires in a different pinout configuration, the T568B style cable reverses the transmission and receiving pairs. It transmits through the Orange wires and receives data through the Green pair.

There are two distinct color codes for Ethernet cables. The T568B scheme is the standard for most Ethernet use in the United States, especially for business purposes. T568A is the standard followed by most European and Pacific nations as well as the United States government. The cables are functionally equivalent, so as long as you are consistent it really doesn’t matter which you use.

Here are the standard ethernet cable wiring colors and associated RJ45 pinout numbers for the two color schemes for straight-through Ethernet cables. We will discuss the meaning of the Ethernet cable colors below when we look at the functionality of the twisted pairs.

Ethernet crossover cable wiring is different since it will connect two computers rather than a computer to a network. Here is an example of how a T568B crossover cable is internally wired.

A crossover Ethernet cable has different wiring at the two ends of the cable. This is why they are called crossover cables. Here are the wire colors and pinouts for the 2 ends of a crossover cable. 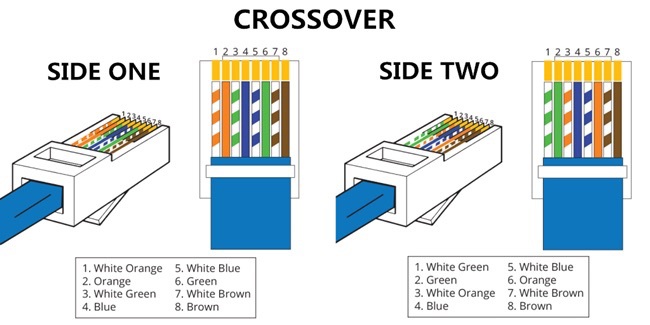 Ethernet cables are useless without connectors to attach them to switches, routers or network hubs. The RJ45 plug is an eight position, eight contact (8P8C) connector. It has 8 locations spaced around 1mm apart. The Ethernet cable wires are inserted into the connector by using a special cable crimping tool. Ethernet cables and the RJ45 connectors need to be crimped into the proper wiring pattern in order to function correctly.

You need to choose the right type of RJ45 connector for the type of cable that you are planning on using. Cat7 cables and Cat6e employ shielded twists pairs of wire and need RJ45 connectors designed specifically for them. Using an incorrect connector will render your cables useless. 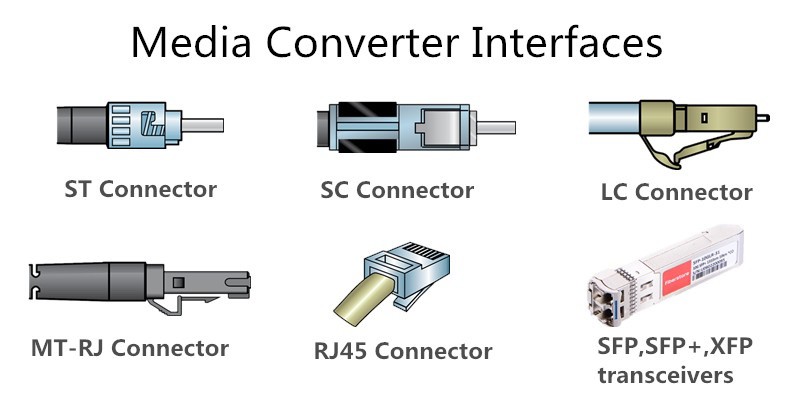 The RJ in RJ45 stands for registered jack and is the electrical connection standard that defines how wires are arranged at the end of an Ethernet cable. There are two standards for ordering the colors of the Ethernet cable’s wires with the 8 pinouts on the RJ45. As previously noted, the pinouts for the T568A and T568B straight-through Ethernet cables are:

How to wire Ethernet Cables

Ethernet cables can be expensive and when using a lot of cable it may be worthwhile to wire your own. Wiring ethernet cable by purchasing bulk Ethernet cable and Ethernet cable connectors lets you construct the exact length of cable that you need. Here’s how you would go about wiring an Ethernet patch cable.


At this point, you can cut the cable to the length you need and repeat the above steps on the other end of the cable. Wiring Ethernet cables in this manner gives you total control over the length of the cables used in your installation.