What is a 3D mouse and how is it used


Design and game development technology evolves at a blinding pace… especially when it comes to 3D CAD mouse devices. The information below answers the questions: “what is a 3D mouse” and “what does a 3D mouse do?”

3D CAD mouse USB devices are vital tools for designers, engineers, and game devs. Understanding how to use a CAD controller is almost mandatory due to its efficiency and productivity improvements.

Additionally, it is strongly recommended that readers of this post also review our article explaining: how to use a 3D mouse with Remote Desktop.

A 3D mouse is a specialized pointing and control device that is designed to be used in virtual 3D environments. It provides this functionality through a variety of methods including accelerometers, multi-axis sensors, and infrared sensors. Used in tandem with a traditional mouse, it allows individuals to employ a two-handed approach to their work.

Computer modelers and designers make use of 3D mice because they increase productivity and are more comfortable to use compared to traditional techniques. They are also considered essential gear for serious gamers who wish to immerse themselves in the world of virtual reality. This kind of cad controller offers users the six degrees of freedom required to successfully navigate three-dimensional environments.

What are 3D mice used for?


What is a 3D Mouse, what does a 3D mouse do, and what are 3D mice used for? We’ll answer those questions now.

3D mice are the preferred tools for designers in many industries because they greatly improve user-comfort, and productivity. 3D CAD mouse devices are preferred because traditional keyboards and mice can’t interact with virtual 3D models at the same efficiency.

What are 3D mice used for? Well, designers and developers can utilize something called the “two-handed” approach when adding a 3D mouse to their workflow.

The two-handed approach is a literal term, as it allows the user to operate a 3D mouse in one hand, and a traditional mouse in the other. Utilizing a two-handed method has two very important benefits:

There is a minor learning-curve for users who are new to using a 3D CAD mouse, but within a few moments the individual should feel comfortable controlling it.

After the operator customizes and configures their button-mapping preferences, and grows familiar with the way a 3D mouse moves, the benefits of the device will soon be clear.

Using a 3D mouse is like holding the 3D object in the palm of your hand. 3D mice also help to alleviate muscle strain, thus allowing designers and developers to focus wholly and freely on creativity.

Top-5 3D mice on the market

When choosing a 3d cad mouse for professional use, don't let marketers distract you with their tricks. Nine times out of ten, “3D” in the name or description is nothing but a market-speak. And all those futuristic-looking trackball gadgets are, at their core. just upside-down ball mice. Looks like there's no viable alternative to 3Dconnexion’s products, so far.

So, here is a short list of top-5 best selling 3D mice on the market:

The most advanced 3D navigation tool money can buy with 6-Degrees-of-Freedom sensor, full set of keyboard modifiers, 31 programmable buttons, and 12 function keys on a touchscreen for the direct access to your favorite 12 commands from the active application. 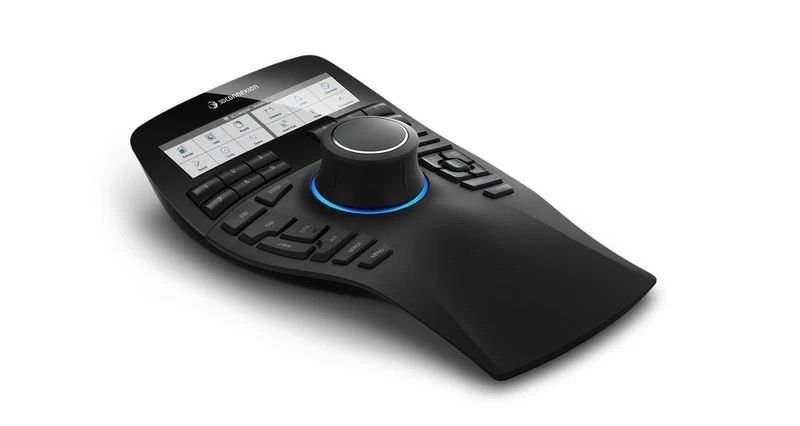 The most compact and minimalist 3D controller with 6-Degrees-of-Freedom sensor and 2 buttons. Each of those buttons opens a separate radial menu, so they provide direct access to max. 8 of your favorite commands from the active application. 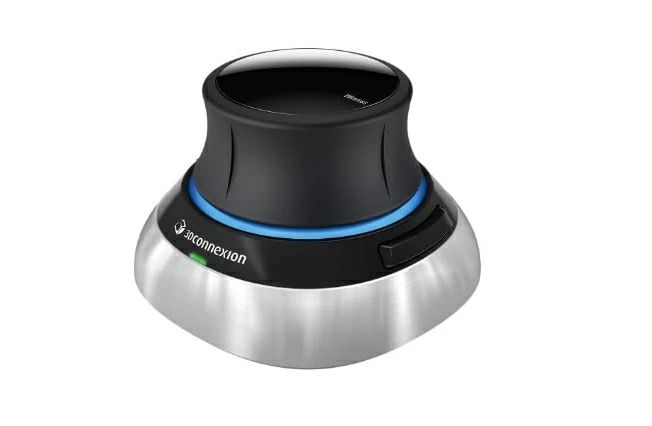 This is a legacy version of SpaceMouse Pro. Still available and more affordable. Features six degrees of freedom controller cap, and 15 pre-configured keys. 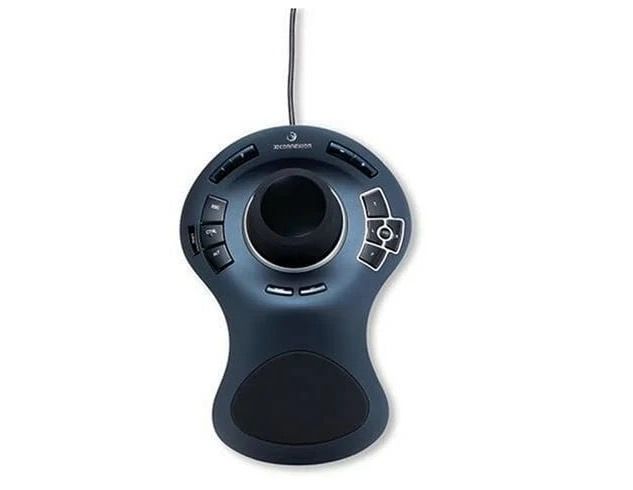 The most cost-effective option. Simple, elegant, and sporting all 3DX-700066’s functions, except for wirelessness (obviously). 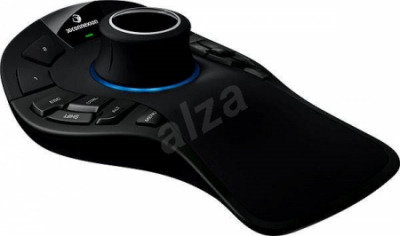