Utilizing the Windows Remote Desktop Connection (RDC) feature allows a user to have full control over a remote Windows desktop. This article will show those seeking to configure a remote desktop manager to map local drives, exactly how to access local drives from remote desktop on Windows 10.

While sharing resources from a local computer to a remote machine poses a challenge, RDC will help users share and connect external hard drives to the remote desktop sessions.

But first, you will need to configure remote desktop to access local drives.

How to set up Remote Desktop to mount local drives

All editions of Windows 10, and Windows Server include RDC by default. Keep reading to find out how to let PCs running Windows 10 show local drive in remote desktop sessions.

Microsoft not only provides RDP-functioning software that connects to Windows from a Mac, but it also works for mobile platforms like iOS and Android, too. Alternatively, Mac users can share Mac files/folders to a Windows desktop simply by using the Remote Desktop app’s Redirection tab.

For Windows users, Remote Desktop Connection is built-in by default and permits the configuration of file and folder sharing before a connection being established.

How to configure remote desktop manager to map local drive

1
Open the Remote Desktop Connection tool. Locate this either in the Windows Start menu or by pressing the “W”+”R” keys and typing “mstsc” in the dialog box.

Note: The initial launch of Remote Desktop Connection will seem quite simple. Most often, users would enter the IP address of the remote computer and click the connect button. However, in this instance, before being able to access local files and folders, some extra configuration is required before connecting. 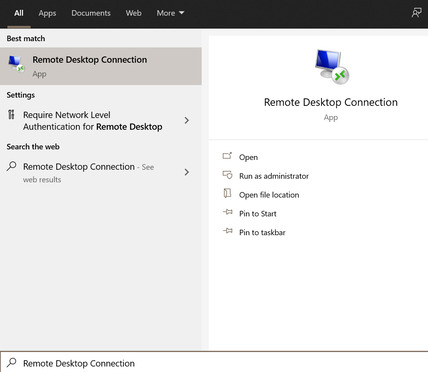 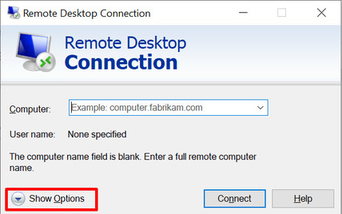 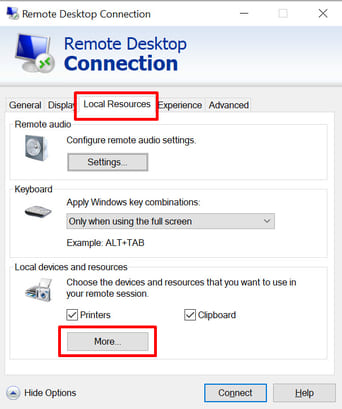 5
Click the “+” arrow beside “Drives”, thus expanding the section and allowing the user to share the desired local files and folders.

Note: Users can share any available Windows drives while inside the Drives section. For example, any attached optical drives (like CD drives, DVD drives, or portable storage devices - like flash drives) can be shared if the user thinks they’ll need to connect to it in the future.

7
Return to the General tab once all drive sharing settings are configured.

8
In the General tab, enter the server or remote PC’s IP address in the Computer field (located beneath the “log on Settings” section).
9
Hit “Connect” to initiate and establish a connection.

10
Open Windows File Explorer upon a successful connection to a remote desktop session.

Once inside the File Explorer, users will see all shared devices listed beneath the Redirect Drives and Folders section.