What is Ethernet and How Does it Work


Ethernet is the most commonly used method with which to implement local area network (LAN) connectivity among computers and devices. If you connect to the Internet or your local office network with a wired connection, there is a good chance that you are connecting via Ethernet.

Ethernet is a network protocol that controls the method with which computers and devices communicate. The Institute of Electrical and Electronics Engineers (IEEE) defines Ethernet as protocol 802.3. It is a layer 2 data-link protocol that is often used as part of the TCP/IP stack. TCP/IP resides at layer 3 or 4, making Ethernet the foundation for communication using the TCP/IP protocol. Data is transmitted in Ethernet frames which are broken down by the IP layer 3 into variable-length packets. 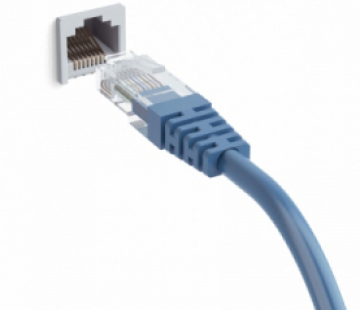 How does Ethernet work?

The Ethernet protocol is the foundation on which many local area networks (LANs) are built. It offers a secure and reliable method for computers to exchange data. Several hardware components are required to construct an Ethernet network. You need Ethernet cables, Ethernet cards or adapters, and hubs and routers.

An Ethernet network is most suitable for implementing communication between computers that are located within a short distance of each other. This is primarily due to the limitations on network speeds and signal strength when using the Ethernet protocol. The type of cable that is used to connect computers to hubs and routers has a direct impact on the distances and speed at which the network can operate.

Choosing the correct cables is dependent on the Ethernet speed your routers can supports as well as the distance between network-connected components. The most common types of Ethernet cables that can be obtained are categorized as Cat5, Cat5e, Cat6, Cat6a, and Cat7. Cable selection should consider the connectivity speed desired and the location of the devices that will be connected.

What is Ethernet Used For?

Ethernet networking is used for applications where the speed and reliability of the network are more important than the flexibility afforded by a wireless solution.

Ethernet speeds, reliability, and security make it the best choice for mission-critical systems that need to maintain fast and consistent data transmission. When implementing a network, the characteristics of an Ethernet versus wireless solution should be considered. In many business scenarios, Ethernet is still the preferred method of providing communication between an organization’s computers and devices.

WiFi technology has taken the world by storm and is extremely popular because of its convenience and flexibility. You can connect to WiFi just about everywhere, though some of the public connections should be treated very carefully as they are not secure. Many laptops and the majority of mobile devices are not equipped with an Ethernet port and therefore cannot be connected to a wired network without using a converter.

Ethernet is not going away anytime soon as it has a number of advantages over WiFi.

Reliability - The wired connection provided by Ethernet is more consistent and reliable that this provided by a wireless solution.

Speed - WiFi is gaining in this category, but higher-speed connections are still available through a wired, Ethernet connection.

Security - The convenience of WiFi networks introduces security concerns that are not present in an Ethernet implementation. The wired nature of the Ethernet makes it more difficult for hackers to attempt to gain unauthorized access to the network.